Monticchiello is a district of the Italian municipality of Pienza, in the province of Siena, in Tuscany. It is a typical medieval borgo, located in the middle of the Siena countryside. Monticchiello is located at an altitude of 500m above sea level and counted around 202 inhabitants in 2011.
Monticchiello is also known for its “popular theatre” or “Teatro povero”. It has been organized every year for more than 50 years in the open air in summer and the citizens of the village are the actors.
On the outer wall of the building in the Borgo, in via San Luigi n. 13, a human head in stone has been chiseled with the following inscription: “O becero fai la spia si”.
(free translation: Oh boorish, spy you).
The citizens say that in the late 1800’s the owner of the house accused the owner of the opposite house of spying on him for the authorities and having gotten him into trouble. For this reason, he had his face chiseled into the wall so that he could look at him every day in mockery. 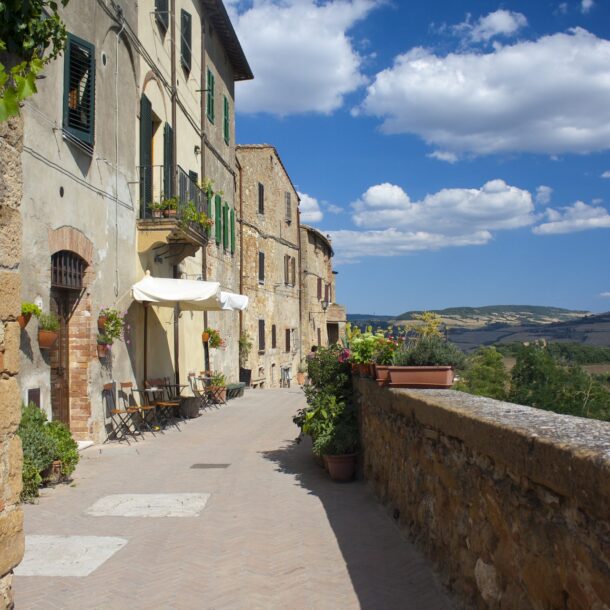